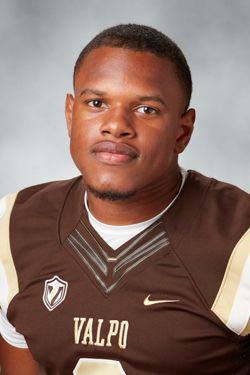 2019: Did not see game action during his redshirt sophomore season… Member of PFL Honor Roll.

Prep: Four-year varsity player… Four-time Illini Prairie conference champion… Was a team captain… Also competed in two years of track and field as an all-state runner… Finished in the top 5 in the 4x100 and 4x200 relays at the 2017 Illinois track and field state finals… Graduated with a 3.8 GPA and was part of the IB program at Morgan Park.

Personal: Is the eldest of 11 children… Siblings are Kayla, Taylor, Azariah, Kiara, Isaiah, Morgan, Celeste, Ian, Kendal and Zane… Son of Corey Shannon Sr. and Ruth Shannon… Born on March 19, 1999… Majoring in sports management... Spent a year as a marketing intern for Valpo Athletics... Has volunteered at the Boys & Girls Club... Currently serves as the president of Valpo's Student-Athlete Advisory Committee... Plans to go into nonprofit work as well as marketing for athletics after graduation.