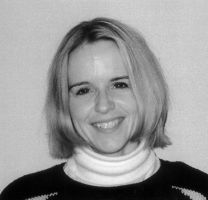 "One of the most talented softball pitchers in Valpo history, Laurie was also an accomplished volleyball player for the Crusaders.

A First Team All-North Star Conference performer in 1986, Laurie tossed two no-hitters during her career. A four-year letterwinner, she was selected as Valpo's most valuable player in 1988 and 1989. Upon graduation in 1989, Laurie played for the East Team at the United States Olympic Festival.

A three-year letterwinner in volleyball, Pajakowski joined the Valpo team as a walk-on and earned a scholarship. She ranks among Valpo's leaders in single-match digs with 29.

Laurie earned a Bachelor of Science in business administration and has worked as an account executive since 1990. She has been active in several civic organizations, including the American Cancer Society.