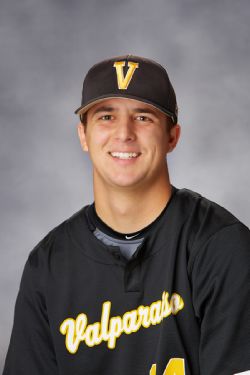 2014: Made 10 appearances on the hill in his first season with the Crusaders...struck out three batters in 12 innings of work while compiling a 5.25 earned-run average...didn't allow an earned run in five of his six first relieving assignments of the season...recorded a perfect frame at Milwaukee (Apr. 19)...helped Valpo seal an 8-3 win over Chicago State (Apr. 30) with a 1-2-3 inning.

Prep: A three-year letterwinner for the Mallards under head coach Tod Berger...also lettered four times in golf where he was named to the All-Area Team his junior and senior years...lettered twice in basketball...was the salutatorian of his high school class at Henry-Senachwine.

Personal: Jason is the son of Todd and Amy Condit...has two brothers (Ryan and Ethan) and a sister (Grace)...favorite baseball team is the Chicago Cubs...favorite baseball player is Ken Griffey, Jr....hobbies outside of baseball include kayaking, fishing, and golf...major is geography...born on January 20th, 1993.