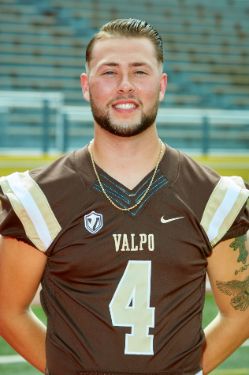 2017: One of three quarterbacks to see the field for Valpo during the season… Made his only appearance on Sept. 17 at Trinity International, completing an 11-yard pass to Martin Petruf in the fourth quarter of a 44-10 win. That was the only pass he attempted.

2016: Did not see action in his first season on campus.

Tiffin: Did not play football.

Personal: Son of Joe and Kelly Mullen ... major is psychology.