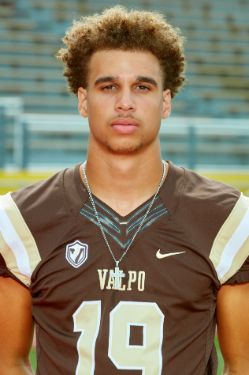 2018: Played in seven games, made two tackles and registered one pass breakup… Made his collegiate debut on Sept. 15 at Youngstown State… Notched his first career tackle on Nov. 3 at Marist… Member of the PFL Honor Roll.

Personal: Son of Damien Leach and Jennifer Vandermast... Has a younger brother, Gavin... Born on Dec. 29, 1998... Majoring in secondary education and law.