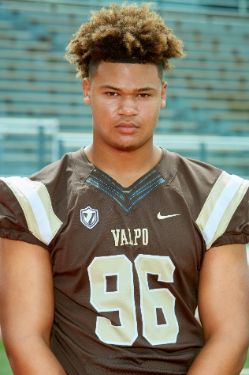 2018: Appeared in one game and picked up one tackle on Oct. 6 at Dayton… Retained three seasons of eligibility.

2017: Appeared in three games during his freshman season... Made his collegiate debut on Sept. 16 at Trinity International... Picked up his first career tackle on Oct. 7 at Campbell... Made his second tackle of the year in his final appearance, Oct. 14 vs. Marist.

Personal: Son of Jennifer and Stanley Germain... Has two sisters, Amanda and Shannen... Loves to fish and ride dirt bikes, had a few small businesses... Majoring in business.