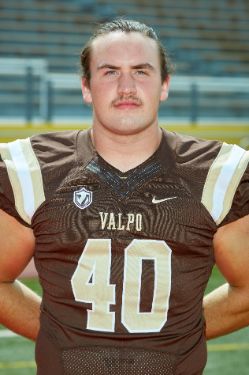 2017: Played in 10 games as a redshirt freshman… Made his collegiate debut on Sept. 9 vs. Duquesne… Made the first catch of his collegiate career on Sept. 16 at Trinity International, a 4-yard gain.

Prep: A four-year letter winner for the Panthers ... two-year starter ... also earned two letters in basketball… Favorite football memory is playing high school football in “The Pit,” which packed in 10,000 fans per game.

Personal: Son of Timothy and Jennifer Martin ... Majoring in mechanical engineering with a minor in biomedical engineering… Brother Bryce is an offensive guard at Tennessee Tech… Mom Jen is a realtor at Comey and Shepherd and dad Tim is the district manager at Herc equipment rental… Spent the 2019 summer working at Richards Industries out of Cincinnati, where he worked on designing different valves per customer requirements. Some valves included pressure regulators, back pressure regulators and steam traps.