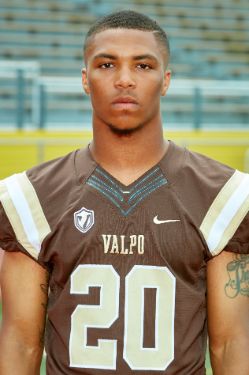 2018: Named 2018 All-PFL Honorable Mention... Started all 11 games and accrued 91 tackles, second on the team and the most among returnees for 2019… Tied for fourth in the PFL with 8.2 tackles per game… Racked up 20 tackles on Sept. 29 vs. Davidson, the only player in the PFL with a 20-tackle game in 2018. Was one of just six players in the entire FCS nation with a 20-tackle game during the 2018 season. Also became the first Valpo player since at least 2002 with 20+ tackles in a single game… Contributed to a pair of turnovers on Nov. 10 vs. Jacksonville, forcing a fumble and making an interception… Made interceptions in consecutive games on Nov. 3 (at Marist) and Nov. 10 (vs. Jacksonville)… Also had forced fumbles in back-to-back games on Nov. 10 (vs. Jacksonville) and Nov. 17 (at Stetson)… Member of PFL Honor Roll.

2017: Played in all 11 games and made one start, Sept. 16 at Trinity International… Finished with 35 tackles, 18 of them unassisted stops… Had one interception, one forced fumble and three pass breakups… Chipped in a career-high six tackles on Sept. 23 at Drake, five of them solos… First career interception came in a home win over Morehead State on Oct. 28 and featured a 13-yard return… Also had his first career forced fumble in the game against the Eagles.

2016: Played in 10 games and made eight tackles during his freshman season... Made his first career tackle in his collegiate debut on Sept. 3 at Illinois State... His first multi-tackle game came on Oct. 29 against Butler when he notched two.

Prep: A two-year letter winner for the Falcons ... an All-Conference honoree as a senior ... named team's defensive MVP and was a team captain his senior year ... participated in West Michigan All-Star Game ... named team's junior of the year in 2014 ... helped team to conference, district and regional titles as a junior ... also earned two letters in wrestling.