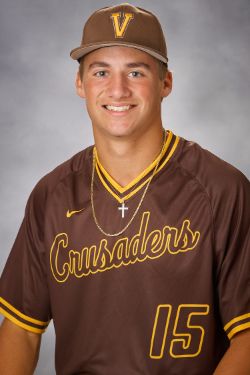 2019: Appeared in 23 games and made nine starts as a redshirt freshman… Had an RBI double on March 2 vs. UNCW, the first extra-base hit and RBI of his collegiate career. That was part of a two-hit day in his first career start.

2018: Did not see action in his first season on campus... retained four seasons of eligibility.