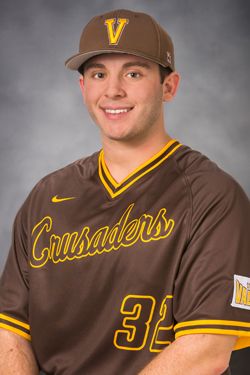 Massachusetts Amherst (2013-2014): Saw action as a freshman before getting injured and medically redshirting.

Summer Ball: Spent two summers (2015 & 2016) in the Atlantic Collegiate Baseball League (ACBL)… Named a Summer Collegiate All-American by Perfect Game in 2015… Named ACBL MVP in 2016 and shattered career doubles record in a league that was established in 1967 with 33 doubles… Spent the 2017 summer in the Great Lakes Summer Collegiate Baseball League, where he was named to the All-Star Game and earned all-league honors. Compiled a .412 average with 54 hits, seven home runs, 10 doubles and a .477 OBP during the 2017 summer season.

Prep: Was a four-year letterwinner at Fordham Preparatory School in Bronx, N.Y… Named all-New York City as a senior in 2013 and tabbed team MVP by head coach Pat Deane… In 2013, received the Joseph K. Ososki Award as a senior at Fordham Prep for outstanding performance in the classroom and athletics.