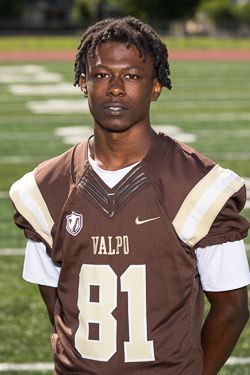 Fall 2021: Saw action in 10 games... Named to the Phil Steele All-PFL Third Team as a punter returner... Had 12 punt returns for 85 yards and seven kickoff returns for 120 yards... Had a season-long punt return of 34 yards on Nov. 6 vs. Presbyterian... His longest kickoff return of the season was a 22 yarder on Nov. 13 at Butler... Had his lone reception of the season for nine yards on Sept. 25 at Drake.

Spring 2021: Appeared in two games… Saw action in each of the final two contests of the season, including his collegiate debut on April 10 at Morehead State… Served as the team’s punt returner for the final two games of the season, returning seven punts for 41 yards… Had a season-long 28-yard punt return in the April 10 game against the Eagles… Received the team’s Scout Offensive and Scout Special Teams Player of the Week accolades for Week 5 at Morehead State.