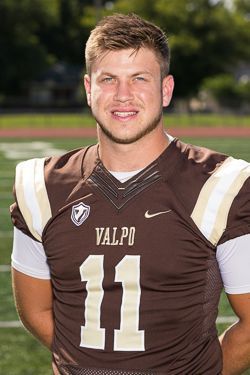 Spring 2021: Appeared in five games and had 14 carries for 45 yards at the quarterback position… Had his first career rushing touchdown on March 27 vs. Butler… Rushed for a season-high 30 yards and two scores on April 10 at Morehead State… Had his first two career completions and passed for 16 yards in the April 17 season finale vs. San Diego… Member of PFL Academic Honor Roll.

Personal: Majoring in business… Son of Jean and Jason Lawson… Has a brother, Luke, and two sisters, Brooke and Maura… Father Jason played basketball and basketball at Washington & Jefferson College from 1989-1993.