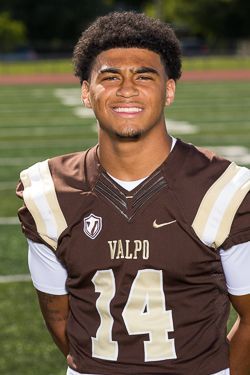 2022: Played in one game, making his collegiate debut on Dec. 3 at New Mexico State.

Spring 2021: Did not see game action… Named the team’s Scout Special Teams Player of the Week for Week 4.

Prep: Earned one varsity letter and was on the varsity squad for two seasons… Helped his team to a 10-1 record in 2018 and 7-5 mark in 2019… Received the team’s Defensive Back Leadership Award… Top performance came against St. Edwards in 2019 when he had nine total tackles including five solos while also notching a pass breakup… Competed in three years of track & field… Was an honor roll student throughout high school.

Personal: Son of Maya and Marvin Rushing… Has a younger brother, Nick, and a younger sister, Milla… Father Marvin played football at Eastern Michigan from 1993-1998.