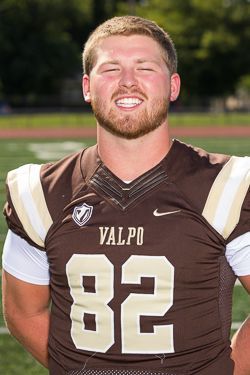 Spring 2021: Appeared in all six games and made one start… Made his first career start in the April 17 season finale vs. San Diego… Made a tackle on April 3 at Drake… Member of PFL Academic Honor Roll… Received Valparaiso University Presidential Academic Honors.

2019: Played in one game during his first season on campus, making his collegiate debut on Nov. 9 vs. Morehead State… Retained four seasons of eligibility.

Prep: Played football and basketball for all four years at duPont Manual High School… Was the Vice President of the Best Buddies Program, an international nonprofit organization. Best Buddies is the world’s largest organization dedicated to ending the social, physical and economic isolation of the 200 million people with intellectual and developmental disabilities.

Personal: Majoring in business/economics… Born on Dec. 20… Son of Adam and Sbhannon Conlin… Has a younger brother, Aidan.