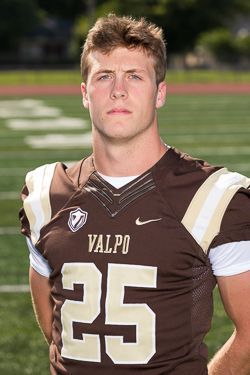 Spring 2021: Appeared in three games… Saw action in each of the season’s final three games including his collegiate debut on April 3 at Drake… Named the Scout Special Teams Player of the Week for Week 2 vs. Drake… Member of PFL Academic Honor Roll.

Personal: Majoring in marketing… Son of Valerie and Amos Jones… Has one brother, Lincoln, and one sister, Katherine… Brother Lincoln ran track & field and cross country at Abilene Christian University from 2016-2019.