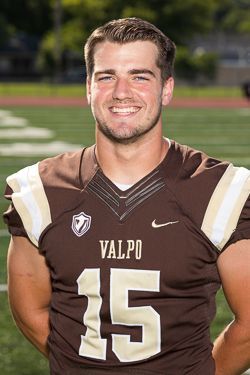 Fall 2021: Played in all 11 games... Earned All-PFL Honorable Mention as a long snapper for a second straight season... Earned the team’s Koenig Award for outstanding sportsmanship and character... Named to the Phil Steele All-PFL Third Team... Recorded four tackles and had two carries.