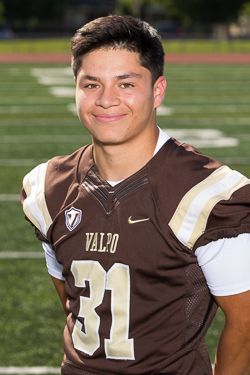 2022: Played in all 12 games and totaled 42 tackles (20 solos) to go along with 5.5 tackles for loss, a sack, an interception and six pass breakups... Had five tackles including two tackles for loss and a sack in the Sept. 3 season opener at Indiana Wesleyan... Accrued a season-high 12 tackles on Oct. 15 vs. Butler including two TFL... Had an interception and a 34-yard return on Nov. 12 at Marist.

Prep: Four-year varsity letter winner… Named a skill player of the year and all-league team member after helping his team to a 10-3 record as a senior… Had a team-high 13 tackles in a state semifinal game during his junior season… Team captain… Academic honors included Heritage Program and Honor Roll.

Personal: Son of Maria and Mike Franco… Has an older sister, Maya… Enjoys being outdoors and spending time with family and friends… Is undefeated in NBA 2K.