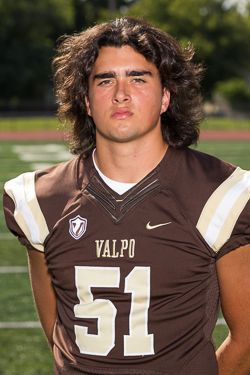 Prep: Was a two-year starter and three-year letter winner at Creighton Prep…. Helped his team to a 6-3 record as a senior, including a 12-tackle, one-sack, two-TFL performance against Lincoln Southeast…. Also played two years of high school basketball… Earned second academic honors as a junior.