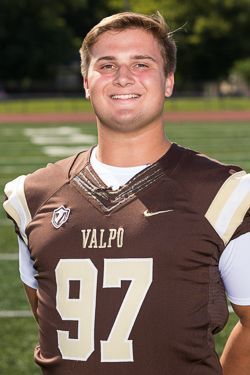 Spring 2021: Did not see game action in his first season on campus after enrolling early… Member of PFL Academic Honor Roll.

Prep: Was a four-year varsity letter winner in high school, earning all-conference and second-team all-area honors… Led his team to a 7-4 mark and state semifinal appearance in 2020… Top individual performance came against Huntley High School, when he notched 2.5 sacks, five tackles for loss and seven tackles… Also competed in three years of prep track & field, was a captain in both sports… Success extended to the classroom, where he was an AP Scholar with honors, a regional science fair qualifier and a member of National Honor Society.

Personal: Has several relatives who have competed in collegiate athletics including an uncle who pitched for the baseball team at Parkland College, a cousin who plays softball at Taylor University and cousins who have played or will play volleyball at Wisconsin Whitewater, Texas Tech, Central Michigan and Purdue Northwest.