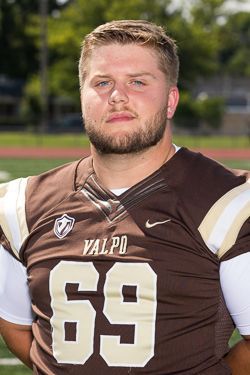 Spring 2021: Appeared in one game, making his collegiate debut in the March 13 season opener at Butler.

Prep: Was a three-year varsity letter winner and two-year starter… Earned All-GCL honors in 2018 and helped his team to the 2018 GCL championship… Received a three-sport athlete award… Competed in three years of outdoor track & field and helped his team to the 2018 GCL title…  Participated in indoor track & field for one year and lacrosse for one season… Earned academic honors every semester and was an AP Scholar with honors.

Personal: Majoring in mechanical engineering… Birthday is Sept. 11… Son of Bruce and Julie Dixon and has a sister Berkley... His father was one of his high school coaches… Hobbies include working out, golfing, fishing, eating and camping.