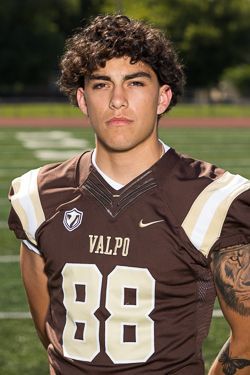 Fall 2021: Played in all 11 games and had four receptions for 18 yards... Recovered a blocked Marist punt on Oct. 2 and advanced it six yards... Blocked a kick on Oct. 30 at San Diego, helping Valpo tie a PFL record with three blocked kicks in a single game... Had a season-long 11-yard reception on Sept. 11 at North Dakota State... Had two catches on Oct. 2 vs. Marist.

Spring 2021: Appeared in one game, making his collegiate debut on March 27 vs. Butler… Hade two receptions for 34 yards in that game against the Bulldogs.