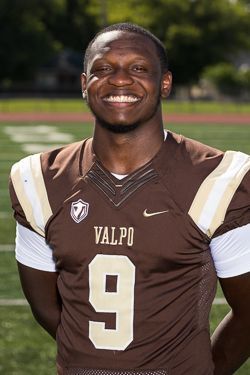 Fall 2021: Appeared in 10 games and totaled 14 tackles including six solos... Registered five tackles for loss, 4.5 of which were sacks... Also received credit for one forced fumble and one QB hurry... Had a season-high three tackles on Oct. 9 at St. Thomas and again on Nov. 6 vs. Presbyterian... Forced a fumble on Nov. 9 against the Tommies... Registered three sacks vs. the Blue Hose on Nov. 6.

Spring 2021: Played in five games and made four starts during his first season on campus… Made his collegiate debut in the March 13 opener at Butler and his first collegiate start on March 20 vs. Drake… Totaled 13 tackles including five solos and three tackles for loss while also registering a QB hurry… Had 1.5 tackles for loss on March 20 vs. Drake… Recorded a season-high four stops on April 10 at Morehead State.

Personal: Majoring in computer engineering… Son of Darnisha and Nicholas Price… Has one younger sister, Halle.