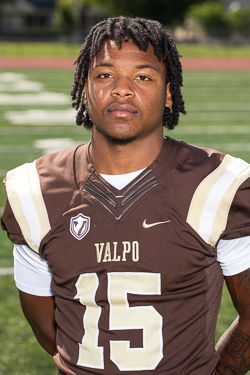 Fall 2021: Played in eight games and accrued nine tackles (six solos) plus two interceptions and one pass breakup... Had a 37-yard interception return for a touchdown on Oct. 23 vs. Dayton and followed with an 83-yard pick six the following week in the Oct. 30 game at San Diego... Valpo hadn’t had an interception return for a touchdown since 2018 before Jackson had one in consecutive weeks... His 83 yarder was the 10th longest in Division-I FCS at the time it occurred and represented Valpo’s longest pick six since 2000.