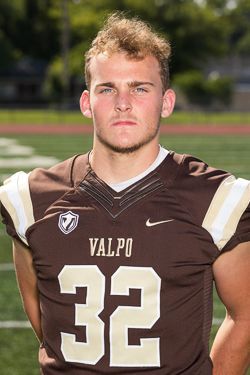 Spring 2021: Did not see game action in his first season on campus.

Prep: Four-year varsity letter winner… Was named the Alaska Offensive Player of the Year as a senior and was a USA Today Alaska first team all-state wide receiver as a junior and senior… Earned the Burlsworth Character Award during his senior season… Led his team to an 8-3 mark during his final prep campaign… Had a four-touchdown game against the Bartlett Golden Bears… Also competed in four years of basketball and four years of baseball… Served as a team captain in all three sports… Member of his school’s honor roll, earned an academic letter all four years and received an AP capstone diploma.