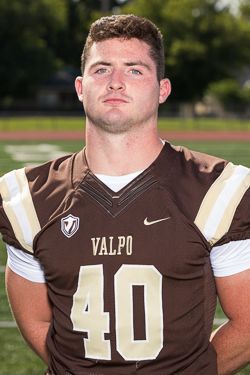 Fall 2021: Received All-PFL Honorable Mention... Totaled 13 catches for 118 yards and three touchdowns while appearing in seven games... Made a 2-point conversion catch in the Sept. 11 game vs. Dartmouth.... Had a touchdown grab in each of the final three games of the season – Nov. 6 vs. Presbyterian, Nov. 13 at Butler and Nov. 20 vs. Morehead State... Hauled in a season-high four receptions in the Nov. 20 season finale against the Eagles.

Prep: Three-year letterman in football at New Jersey powerhouse Bergen Catholic ... Earned honorable mention all-league honors ... Had 16 receptions for 190 yards and two touchdowns as a senior ... Recorded 22 tackles on defense ... Had the game-winning reception over archrival St. Joseph’s in 2015.

Personal: Son of Bob and Maureen Hebbeler ... Cousin of Tom Durkin who played football at Air Force... Pursuing a degree in communications.