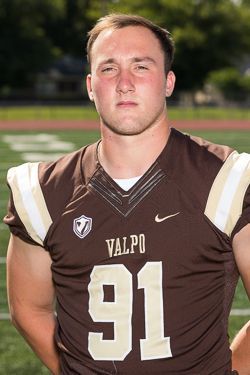 Prep: Four-year varsity letter winner… Helped his team to an undefeated 2019 season and a state title… Earned all-state honors at defensive tackle… Was named the Maine Defensive Player of the Year in 2019… Earned the Frank Gaziano Defensive Lineman of the Year award in 2019… Led the team in tackles and sacks in his final high school season… Received the 2019 Coaches’ Award… Top high school performance came against Sanford in 2019, when he had five sacks and six tackles for loss en route to 17 total tackles… Also competed in indoor and outdoor track & field, where he was a captain as a senior… Played point guard on the basketball team as a freshman… Member of the honor roll all five years of high school… Earned the 2019 Student Citizen Award.

Personal: Majoring in economics and finance… Son of Tom Sr. and Joy Palmer… Has a younger brother, Will, and a younger sister, Caroline… Father played football at the University of Minnesota, graduating in 1989.