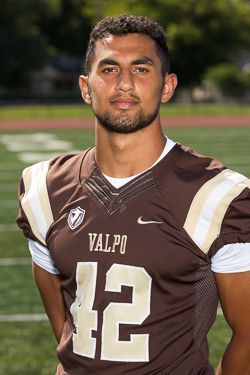 Spring 2021: Made his collegiate debut on March 27 vs. Butler… Also saw action on April 3 at Drake… Named the team’s Scout Defensive Player of the Week for Week 2.

Personal: Majoring in sport management… Son of Michelle and Sam Mekky… Has one younger sister, Hannah.