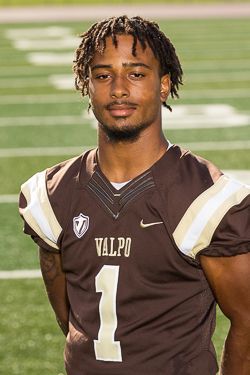 Fall 2021: Played in all 11 games and totaled 44 tackles including 28 solos... Notched six tackles for loss including one sack while also accruing six pass breakups... Had a season-high nine tackles in the Sept. 4 opener at Indiana Wesleyan... Made 2.5 TFL on Oct. 2 vs. Marist... Grabbed an interception on Nov. 6 vs. Presbyterian and returned it 33 yards.

Spring 2021: Was a finalist for the Jerry Rice Award, which is presented annually to the FCS National Freshman of the Year… Named a HERO Sports Freshman All-American… Was the lone freshman on the All-PFL First Team… Garnered the team’s Newcomer of the Year Award… Appeared in all six games… Finished his season as the outright FCS national leader in takeaways with six (four interceptions, two fumble recoveries)… Totaled 25 tackles including 17 solos and accrued two tackles for loss, 37 interception return yards and 35 fumble return yards… Also had two pass breakups and a QB hurry… Had one takeaway in each of his six games… Had a 35-yard return after his fumble recovery on March 13 at Butler, a game where he totaled six tackles in his collegiate debut to earn team Defensive Player of the Week accolades… Made his first career interception and had a 25-yard return in the March 20 game vs. Drake… Had five tackles and an interception in the March 27 game vs. Butler, earning PFL co-Defensive Player of the Week and STATS FCS Perform National Player of the Week honorable mention… Had his fourth straight game with an interception on April 10 at Morehead State, becoming the first Valpo player with a pick in four straight games in over two decades… Was the first Valpo freshman with four interceptions in a season in over 20 years… Despite the shortened season, became one of only five Valpo players with four or more interceptions in a single season over the last 12 years… Ranked in the Top-10 nationally in interceptions per game and led the nation in interceptions among freshmen… Tied for the PFL lead in fumble recoveries per game and ranked second in interceptions.