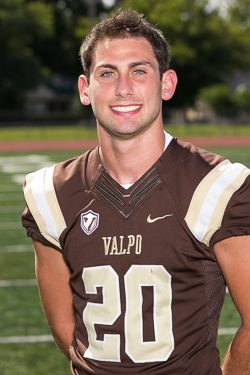 Fall 2021: Tied for third on the team with 60 tackles and ranked second on the squad with 37 solo stops... Posted 3.5 tackles for loss, two sacks, a fumble recovery, a forced fumble and a team-high three interceptions... Had five tackles or more in eight of his 11 games including a season-high 11 in the Nov. 20 finale vs. Morehead State... Made interceptions on Sept. 4 at Indiana Wesleyan and Oct. 9 at St. Thomas... Had two takeaways in the Oct. 23 game vs. Dayton, recovering a fumble and notching an interception that featured a 36-yard return... Was named the PFL Defensive Player of the Week by both the league office and College Sports Madness following the game against the Flyers.

Spring 2021: Appeared in three games and made one start… Made his collegiate debut on March 27 vs. Butler… Racked up seven tackles including 0.5 TFL on April 10 at Morehead State… Had six tackles in the April 17 season finale vs. San Diego.