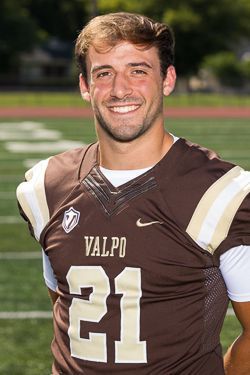 Fall 2021: Saw action in 10 games and totaled 31 tackles including 18 solos... Had one tackle for loss and one pass breakup... Posted a season-high nine tackles on Oct. 30 at San Diego.

Spring 2021: Appeared in four games… Had a season-high four tackles and an interception in his collegiate debut on March 13 at Butler… Totaled eight tackles including seven solos for the season.

Prep: Three-year varsity letter winner… Was a two-time first team all-district selection, two-time second team all-Ohio pick and helped his team to a record of 32-10 during his career… Also a four-year letter winner in basketball… Was a team captain as a senior in football and in each of his final two prep basketball seasons… Member of National Honor Society and honor roll.