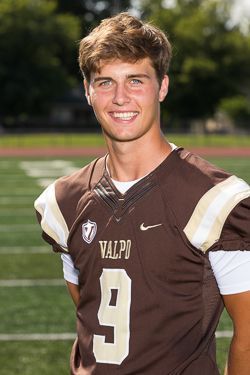 Spring 2021: Made his collegiate debut in the season finale on April 17 vs. San Diego… Member of the PFL Academic Honor Roll.

Prep: Was on the varsity team for four seasons and earned three letters… Received all-conference accolades and led his squad to a 10-2 mark… Had a career record of 36-14… Top individual performance featured three catches and 65 receiving yards… Played baseball as a freshman and sophomore and basketball as a freshman… Served as a team captain during his senior football season… Achieved National Honor Society induction and was a three-year honor roll member.

Personal: Majoring in business… Son of Christie and Robert Livingston… Has a younger brother, Landen, and a younger sister, Ellie… Grandfather Brian Livingston was an outside linebacker for the Ohio State football team from 1964-1968… Father Robert was a wide receiver at Butler from 1990-1994, making Cam a third-generation Division-I player.