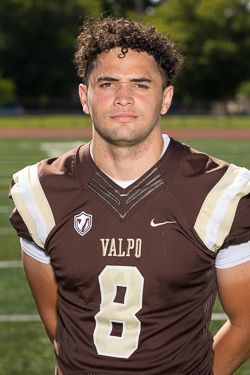 Fall 2021: Competed in three games, starting each of the first three games of the season at quarterback... Completed 46 passes for 430 yards and one touchdown... Had a season-high 174 passing yards in the Sept. 4 season opener at Indiana Wesleyan... Passed for a touchdown on Sept. 18 vs. Dartmouth... Had a season-high 16 completions in the Sept. 25 PFL opener at Drake.

Spring 2021 (Weber State): Saw action in two games for the Wildcats during the spring season...Played in the season opener at Idaho State and in the FCS Playoff game against Southern Illinois... Was 1-of-2 passing for nine yards... Was a part of Weber State’s fourth straight Big Sky Championship.

2019 (Weber State): Was a member of the Wildcat team that won a third-straight Big Sky title and advanced to the FCS Playoffs.

Prep: Graduated from Redmond High School in 2018 where he played for coach Jason Rimkus...Earned first-team 3A KingCo All-League honors as a senior.