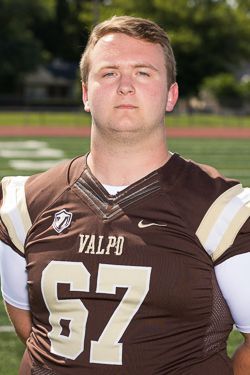 Spring 2021: Started all six games on Valpo’s offensive line… Made his collegiate debut in the March 13 season opener at Butler…. Member of PFL Academic Honor Roll.

Prep: Was ranked as high as 36th nationally at the center position by 247 Sports... Also ranked as the 101st-best overall prospect in the state of Illinois by 247 Sports.