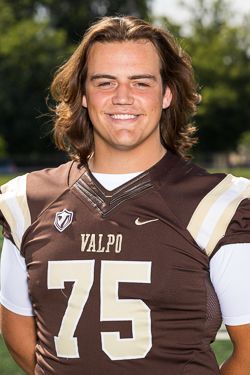 Fall 2021: Saw action in all 11 games on Valpo’s offensive line... Made his collegiate debut in the Sept. 4 season opener at Indiana Wesleyan.