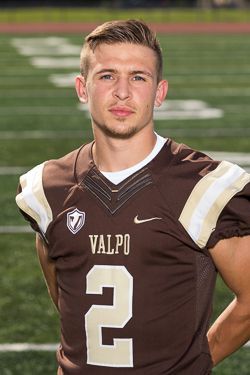 Fall 2021: Earned All-PFL Second Team recognition at return specialist for a second consecutive season... Also named to the Phil Steele All-PFL First Team... Led the league in total kickoff return yardage at 599... Led the PFL in kickoff return average at 24.96 yards per return... Had the second-longest kickoff return in the PFL all season with a 76 yarder on Oct. 23 vs. Dayton... Ranked 13th nationally in total kick return yards and 22nd in kickoff return average... Had three carries for 77 yards and a touchdown in the Sept. 9 season opener vs. Indiana Wesleyan... Had a season-high four receptions for 42 yards on Oct. 23 vs. Dayton including a touchdown catch, finishing that game with 157 all-purpose yards... Boasted a season-high 141 kickoff return yards in the Nov. 20 season finale vs. Morehead State... Totaled 768 all-purpose yards for the season while making 12 catches for 94 yards, rushing for 75 yards on eight carries and returning 24 kicks for 599 yards.

Spring 2021: Played in all six games and made one start, serving as a wide receiver and return specialist… Earned HERO Sports Freshman All-American honors and All-PFL Second Team accolades for his performance as a return specialist… Finished his season as the FCS national leader in kickoff return average at 29.8 yards per return… Had five rushes for 27 yards, caught five passes for 80 yards and made 12 kickoff returns for 358 yards during the season, ranking second on the team with 465 all-purpose yards… His average of 77.5 all-purpose yards per game ranked 10th in the PFL… Made his collegiate debut on March 13 at Butler and garnered his first career reception… Hauled in a 43-yard catch on March 27 vs. Butler… Had his first career game of over 100 all-purpose yards with 117 in the March 27 game against the Bulldogs… Named the team’s Special Teams Player of the Week for Week 5 at Morehead State… Had 151 kickoff return yards in Week 6 vs. San Diego, the most by any PFL player in a single contest all season. Had an 86-yard kickoff return for a touchdown in the game against the Toreros, the second-longest in the PFL all season… Earned STATS FCS Perform National Player of the Week Honorable Mention following his efforts against San Diego.