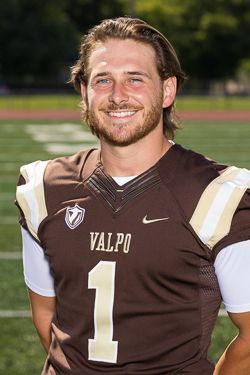 2019 (University of Chicago): Played in two games and passed for 272 yards on 35-of-66 through the air including one touchdown.

Personal: Son of Monique and Jeff Jackson… Has a brother, Jacob, and a sister, Kristin… Majoring in economics… 2010 Jiu-Jitsu World Champion… Hobbies include working out and nutrition.